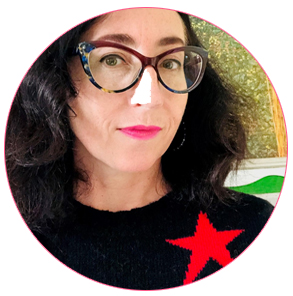 Anna Griffiths is a visual artist born in London, England, based in Ottawa, Canada. An early dance career lead to late university studies, a Master’s degree in English literature, two years teaching in Japan and a career in communications. Growing from childhood was also continuous art-making that eventually became a consistent self-directed practice and the focused outlet for her creativity. During the two years she spent in Japan, she was really drawn to the mind-bending wonderland of its cultural paradoxes, particularly between hyper-reverant traditionalism and berserk pop art eclecticism, which continue to influence her aesthetic. Her work can be found in private collections in Vancouver, Ottawa, Montreal, Japan, and England. 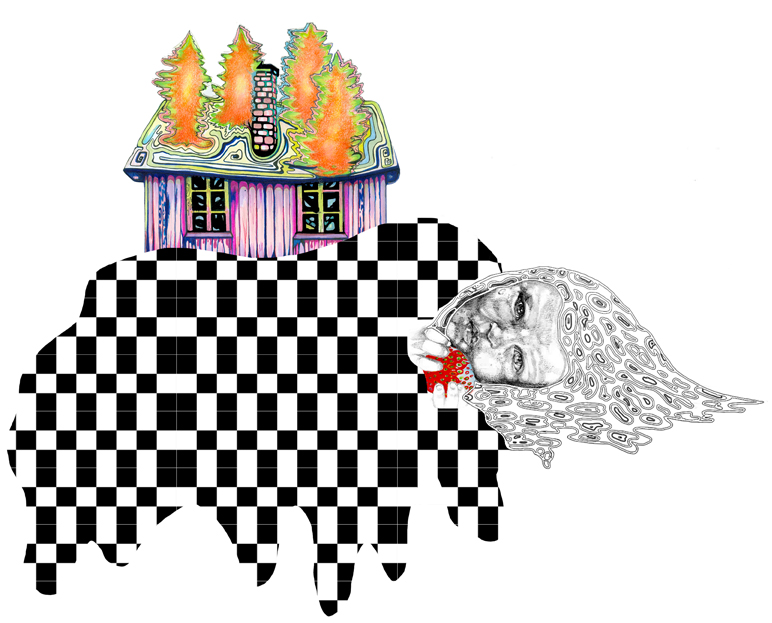 ARTIST STATEMENT: The worlds I create reflect the constant flux of meaning and psychological balance as our sorrows and joys, and confusions and convictions jockey for dominance. I use candy colours and playful imagery to depict darkness as well as light, and challenge the dream of sustaining uninterrupted states of happiness and understanding. I also like to question gender stereotypes, beauty myths, and assumptions about advancement and decline, power and vulnerability through various stages of life.

My process mainly involves digital collage and manipulation of freehand drawings, paintings, photographs and found images. For shows and sales, I print final pieces on aluminum or watercolour paper in limited series.